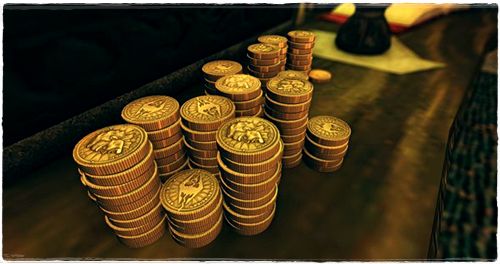 It’s possible to find a Transmute Ore spell tome on the table in the Halted Stream Camp northeast of Whiterun. It will make iron turned into gold. Embershard Mine near Riverwood or Halted Stream Camp has plenty of iron ore. If you don’t know where to find alchemy ingredients, make jewelry from the ore, since it may be easier.

Blue mountain flower and blue butterfly wing can be combined into potions and sold. There are potions worth much more; however, the ingredients for them take longer to collect. Alchemy makes so much money that I got tired of being filthy rich after just a few days because I didn’t like being so rich so early on.

The more potions you make, the more money you will get. You’ll soon have way more than you can sell in town in one go. It can be very profitable to collect and sell ingredients if you do not want to gain skill points from making potions, since most of them are very lightweight.

You can trap human souls, which are always grand souls, with an endless black soul gem in the black star Daedric quest. You can enchant a weapon with soul trap on hit for 1 second, kill a bandit, take a piece of gear from him, find a table and enchant it. Several enchantments can have enough value to take all the gold from a vendor with just one item.

As for Markarth and Solitude, you can find the Markarth chest right behind the khajit’s camp, and the Solitude chest is on the ground near their camp, if you search for it. You can find one under Whiterun too, just jump the gates and walk around the back fall under Skyforge to get the chest.

Join the Thieves Guild in Riften and learn enchanting. You can make a good profit by enchanting iron daggers and selling them. You’ll be rich in 2-3 hours or at least have a substantial nest egg if you do the extra work for the guild.

Each contract gives you 1000 gold at the end, so the dark brotherhood can help you gain a lot of gold.

You will make your investment back very quickly if you buy something with the Banish enchantment and disenchant. It’s probably quite expensive, but you will make your money back in no time at all.

Cutting wood is another good option to make money in Skyrim early. 2 minutes of cutting will give you 300 gold – sell it to the sawmill owner. For looting there is a good ratio to follow: 10 Septims per 1 weight unit.

Light armor items have better value/weight ratio compared to heavy armor. You can also earn a lot of money looting Stormcloaks, who typically carry unequipped scaled helmets, if you play the Civil War as an Imperial.

When you are still playing (finding enchantments, soul gems, and souls), enchanting is probably the fastest. As for grinding, wood cutting is the quickest. You can earn money and boost four skills practically at once (Alteration, Smithing, Enchanting, Speech) by going to Halted Stream Camp and finding the Transmute spell, and then by Smithing jewelry and enchanting it.

Even a simple iron dagger with Banish enchantment sells for 1000-2000 septims if you are lucky enough to find it early in the game. But keep in mind that the enchantments appear according to your level, so don’t expect to get the Banish really early.

You can do the Daedric quest named “A Daedra’s best friend” get more money, but you won’t do it really early in the game, since you need to be at level 10 to do so.

Turn undead and absorb health are valuable enchantments early on, so the petty soul iron daggers with absorb health can be sold for 50-60 gold at low levels without any perks to boost enchant power.

Where can I steal the most gold in Skyrim?

Store strongboxes would be the easiest place to find gold, if loot or quest rewards are not considered. They usually give 200 gold at a time, and you can hit a lot in a day.

Where is a gold mine in Skyrim?

This mine is located in the South Western part of Skyrim, east of Markarth. Along with the gold mine, there is a house named “Pavo’s House.”

How much gold is in Kolskeggr Mine? 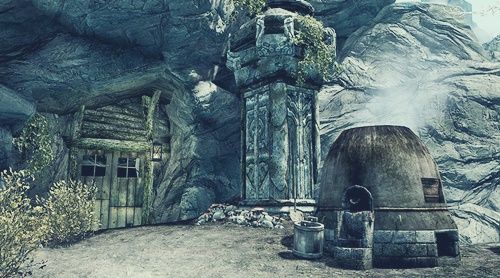 In this mine, there are 17 gold veins in one location, and it is directly south of the Lover Stone.

At the Left Hand Mine, you may find an Imperial miner named Pavo Attius who gives you the quest for Kolskeggr Mine. Once you complete the quest, he will move to the mine and buy gold ore for 50 gold each.

Can Kolskeggr mine be cleared?

Dragonborn who have successfully killed all Forsworn report their victory to Pavo and claim the reward at the Left Hand Mine.

Who sells gold in Skyrim?

One Gold Ingot is needed at Workbenches to improve Konahrik. Gold Ore may be sold to Pavo Attius for the quest Mine Ore.

Does gold Respawn in Skyrim?

Where can I sell my dragon bones in Skyrim?

Traders in Windhelm and Arcadia in Whiterun are the best places to find training. Dragon bones have a high price and if you don’t spend your money in the shop they may run out of money before you do.

Should I sell Dragon Bone?

The scales and armor you make with them after you master smithing can make more money, but early on in the game, money is more of a concern, so it’s fine to sell them until your smithing skill is close to max.

How do you get a free house in Skyrim?

Getting a house in town for free when you become Thane is possible due to a glitch:

When you talk to the steward about the house, tell him you’d like it, and then run to the nearest container and place all the gold before he finishes his dialogue. Once you have the book and the key, it is time to retrieve the gold from the container.