The short answer is: yes and no. Let’s see why.

The processor and the graphic card have their own ‘clock’ – the frequency they run at, which basically determines their speed. You would normally want to ‘overclock’ your processor when it becomes too old to run the games or software you want. 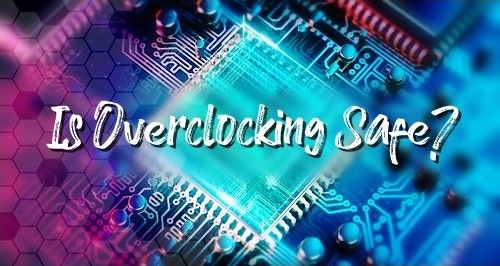 In essence, overclocking means that you make the processor (CPU) or the graphic card (GPU) run faster that it is originally designed to.

To achieve that you will have to do some tweaking, and provide more power for the CPU or GPU, which also means higher temperatures, so the adequate cooling is also required, otherwise you can simply fry the CPU, and will have to buy a new one (well, it probably won’t happen in the most cases due to the modern built-in hardware protection, but it’s better not to take chances).

It is much safer now than it used to be. Remember that every system is not the same, even if the hardware seems to be quite similar. The conditions of usage and the particular gaming or software demands can be different as well as the things you are going to get to make it work.

First of all, your processor and motherboard should support overclocking (the processor will have a ‘k’ letter added to its name, like ‘i5 4690k’). You will also need the software to measure the temperature to avoid overheating the CPU. Personally I prefer AIDA 64 for its good temp monitoring and the ease of use. MSI Afterburner is the most commonly used software for overclocking. And of course, you’ll need a proper cooling.

To make sure your CPU will handle the tweaks properly, run a stress test for about 60 minutes – if the processor remains under 70C, then the moderate overclocking is possible, but if the temperature rises up to 85C and above, stop the test and adjust the tweaks, because this temperature can reduce the lifespan of the processor.

As for the graphic card, its temperature can go even higher – most NVIDIA cards can go up to 80C, and AMD even up to 90-95C.

As for the GPU, often it is less durable than the CPU, so don’t overclock beyond 20% of the GPU’s standard clock speed, unless you have a water cooling system.

Just keep in mind that the risk of frying your hardware is proportionate to voltage and temperature – the higher the both, the more risks are there. Be especially careful with voltage – don’t change it unless you are completely sure of what you are doing.

Actually, the modern hardware is rather tough to kill it completely, but to play it safe, make sure you know what you are doing, monitor the temperatures, provide the necessary cooling, and don’t overdo the things in general.

What is the Conclusion?

So, the conclusion is: overclocking is quite safe these days, if you know what to do; and even if you don’t, in the majority of cases you will still be fine due to the hardware built-in protection systems. But – better get yourself properly educated on the matter if you plan doing overclocking to reduce any potential harm you can do to your rig.

Is Overclocking Worth It? 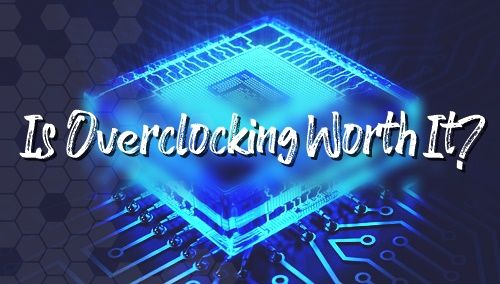 This is another point: should I do it at all? If you are not a hardcore gamer or do not require some resource-hungry tasks to be done by your hardware, you probably don’t need to bother with overclocking at all.

But if you are tight on a budget, but want to get a bit more MHz out of your PC, then you may try – just consider the benefits and drawbacks of this endeavor.

The Pros of Overclocking

1. Well, the main one is the performance gain due to the increased processor speed (be it CPU or GPU). But the actual boost may be noticeable or maybe not (not that much at least) – that will depend on how far and how safe you want to go with the process.

2. The second benefit is the potential money saving on buying a new rig – if you make the old one run faster.

But the actual benefit from the both may turn to be negligible, if you really want to play on a safer side or your hardware is too old to give you any hope for the better future.

The Cons of Overclocking

1. The main drawback is the hardware damage that can ruin your PC (partially or completely), so you will have to buy a new one. The severe damage is quite rare though.

2. If your overclocking is not stable, Windows can crash, giving you BSOD; games can crash also or lag.

3. The unstable overclock may lead to data corruption which is also very unpleasant, especially if you don’t have a full backup. You can use the program called Prime95 to test the stability.

4. Reduced lifespan. The exposure to high temperatures and voltage can shorten the life of the CPU and GPU. While it is not the thing to be bothered about too much, but it is still worth mentioning, if you plan to use your old rig for other purposes like a retro gaming station or a local server, or anything like that, where you don’t need a powerful computer to do the job.

To sum up everything said above, the answer to the question “Is Overclocking Safe?” is: “Yes, it is safe when you know what you are doing”.

Should you do it? Only if you really need those extra MHz; otherwise the gain may not even worth it. But, of course, it’s up to you to decide should you go for it or not.