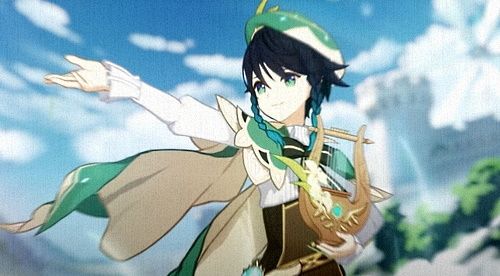 Venti is an awesome character that offers crowd control and damage boost to your team.

Venti provides your team with the combination of crowd control and the ability to spread various elements from your teammates to the enemies thus dealing damage and reducing the targets’ resistance to these elements. This is done through his elemental skill called Skyward Sonnet.

Since Venti is a support character, he can benefit a lot from the gear that can boost his elemental Burst as well as increase the amount of damage he does with his own elemental combination attack (Swirl).

So, Venti’s best build is by far a support elemental mastery character, who not only gets access to his elemental burst, but also helps the rest of your party to access their bursts at faster speeds.

Currently Venti’s best weapon is the Favonius Warbow – this is due largely to the amount of crazy energy recharge it has as a sub stat – at level 50 refinement rank one, it still has 39.7 percent energy recharge.

If you can’t gain access to the Favonius Warbow, look for a bow that has energy recharge or elemental mastery, because you can get energy recharged in other sources; but there’s just so much on the warbow you cannot go wrong with this.

In your journey across the world of Genshin Impact you are going to come across a ton of different artifacts. The best Artifacts for Venti are ones with the Instructor title (two or four piece sets), although two-piece Exile and Scholar Artifacts can work well too.

What you should be looking for is the elemental mastery as well as more energy recharge rate. These will allow you to use Venti’s support abilities to their fullest. So remember these two stats that you need to look for. 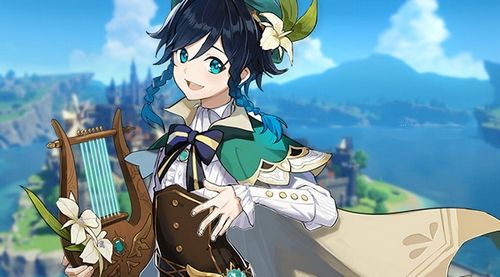 The energy recharge will be covered to a certain extend by using the Favonius Warbow. So, as for the artifacts, you may not need to focus on the Energy Recharge as the main stat in an artifact, but what you are going to try to look for is energy recharge as a sub stat.

As for the main stat for your artifact – you need to have Elemental Mastery here, because it increases the amount of Swirl damage that Venti does do when he’s using his elemental burst or his elemental skill, and thus he will be able to provide the supplemental damage for your team.

But his best artifact set by far that you can hope to obtain in Genshin Impact is the Viridescent Venerer set (four pieces), which offers an extremely unique benefit: it increases Swirl damage by 60 percent, thus further incentivizing you to use elemental mastery to gain even more swirl damage. And the most important part is that it decreases opponent’s elemental resistance to the element infused in the Swirl by 40 percent for 10 seconds.

This allows Venti to support now only your team through crowd control, through supplemental damage with Swirl and through spreading the other elements that you’re using, but also by increasing the damage of your main damage dealer, especially if they’re using elemental attacks (it will reduce the resist by 40 percent; you can even reduce the resist below zero). So basically, it’s just free damage.

So, what we have in the end: Crowd control damage on his own as well as increasing the damage of your primary source of damage makes Venti one of the best support characters currently in the game.

If you can’t get the Favonius Bow (actually, you will get it around AR18 if you just push through the main quest), there is the Sacrificial Bow, which has a lesser amount of energy recharge on the bow. Since the energy recharge is crucial here, you may want to get more of it from the artifacts.

Additional Things to Look for in the Artifacts for Venti

In addition to getting energy recharge and elemental mastery on Venti, some other stats that you could be looking for in your artifact slot is attack percent, crit chance percent and damage percent increase.

It’s going to be exceptionally hard to gain access to all of them, but as you start working on your endgame Venti build, make sure that you have enough energy recharge to acquire your ultimate energy elemental burst before the cooldown is over, and then work on your elemental mastery and then your attack and then your crit chance and your crit damage. This is going to allow you to have an extremely offensive support character.

Until you get your hands on the Viridescent Venerer set, strictly look for some elemental mastery two-piece sets, such as Instructor Set or Wanderer’s Troupe Set.