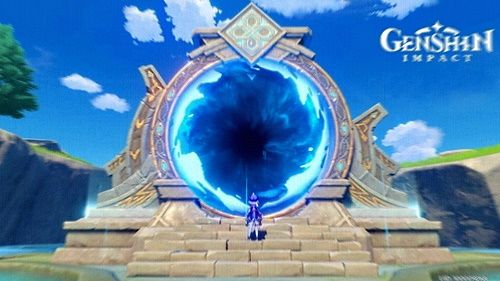 Here are five tips on how to beat the Spiral Abyss in Genshin Impact and get some awesome rewards.

So the first thing to do is to know the enemies you are going to face on each floor. In the Spiral Abyss each floor works like a puzzle, and in order to solve it you will need to use different characters, even if they have not upgrades.

Before you start for a floor, check the Chamber to see what monsters are there. A lot of them have weaknesses that can be targeted with a character that has the right elements. 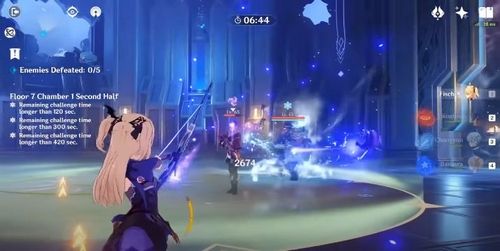 For example, electro slimes will ignore all the elemental damage from Fischl or Razor. But Kaeya and Xiangling can counter these slimes with ice attacks.

So, whatever team you build, you need to have at least one character who deals good physical damage, while the rest of the team will be used for utility or elemental reactions.

Starting from the floor 5 you will need to build two of these teams and both of them will need to follow the same team building logic.

In this way you will don’t have to invest into 8 characters, but rather have 2 damage dealers, while the rest can have some low level (even 1). To help these low level characters survive from getting one-shotted, you can give them artifacts which increase health.

The logic besides having the diverse team is that many enemies will have a shield, depicted by a small bar of a different color right below their health bar.

So, you need to have the characters in your team who can break these shields to allow your damage dealer to finish them off. For example, a cryogunner can be a walking nightmare, but Amber with just level 10 and with no weapons or artifacts can strip his shield very quickly by using a couple of charged shots from her bow.

It’s great that Genshin Impact Game gives use plenty of characters to break these shields.

So, to build your team in a more efficient way, you need to keep in mind the elements, which can counter the shield. For example, on Floor 6 every second half of each chamber there’s a large amount of pyro monsters. So characters like Barbara will be invaluable, while the first half seems to have a lot of cryo monsters, which means characters like Xiangling and Amber will make things easier.

This logic of team building with the ability to break the enemy shields is the key strategy to progress through the Spiral Abyss.

To achieve that, the obvious advice is to have a healer in your team. It’s true that your gear and the ability to dodge heavily determine how far you can advance in Spiral Abyss. But mistakes happen, and they can be corrected by a healer or even a couple of them.

So, having a healer definitely helps, especially, if it is a character like Barbara or Noelle, who can also break the shields. Barbara’s healing comes from her health, while the Noelle’s healing is based on her defense, which means that both of these can come from artifacts as main stats. Since you won’t be using these artifacts on your main damage dealer, you can transfer them to your healers, even if they have not been upgraded at all.

Healers become even more critical after the 8th floor of the Spiral Abyss, so investing into at least one of them will give you a better advantage in the future.

Besides upgrading your characters and weapons, one of the cheapest and effective investments is upgrading your stamina. Dodging enemy attacks efficiently isn’t easy to achieve even for the most experienced players, and if you run out of stamina, you suddenly become an easy target to many of your enemy attacks.

You can max out your stamina bar by collecting all of the Anemoculus – finding them and offering to the Statues of the Seven will grant you higher stamina.

Finding them will take some time, but the payoff is far too good to be ignored: not only will you become more agile but also get a ton of rewards including a five-star artifact you can unlock, once you have collected all of the Geocolus and completed a secret quest called the Nine Pillars Of Peace. And on top of that you will get a ton of adventure rank experience.

By maxing out your stamina bar you give yourself a better chance to survive enemy attacks and the Spiral Abyss and will have an easier time correcting your mistakes with healers.

5. Benefit from the Disorder

The final and probably the most important role in the Spiral Abyss is the Ley Line Disorder. Some of these disorders will even have an influence on your team building.

For example, the first four floors give a significant boost to your certain element heroes, making it especially important to bring them if you want to succeed early.

Of course, there are trickier disorders; for example, on the 8th floor your characters become as much stronger, as the lower their health is. So if you want to complete the challenges more quickly, you will need to keep your characters on low health, which ends up as a high risk – high reward outcome. This also means that healing yourself could also stop you from getting more stars.

On the other hand, on the fifth floor the more health you have, the more benefits you get. So, in this case the healers become extremely important at keeping your characters at full health.

You always need to keep in mind these disorders as they can have an impact on your team building or even force you to use different strategies in the game.

Your team building heavily depends on the enemies you’ll be facing as you will need to break their shields, even if it means using characters that haven’t been upgraded at all.

In order to survive, you will need to bring healers with you, and upgrade your stamina bar as well.

Finally, the Ley Line Disorder should give you an idea on how to get more stars from each floor.