Shock spells are great due to the lack of resistance to them in the majority of enemies. Frost is quite effective in melee combat. Fire is effective in many situations. 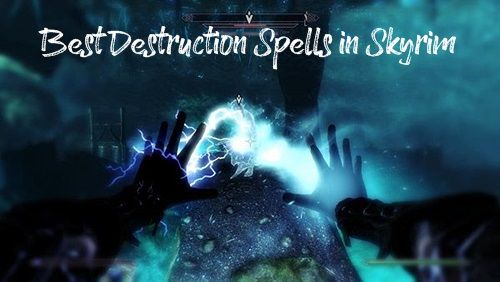 It might be proper to say that there are no best spells, since one spell can be better than another one, depending on the situation. It is somewhat similar to finding the best wives in Skyrim – you may choose one according to your play style.

But yet let’s try to dig the “best” spells out of the game’s magic pool. 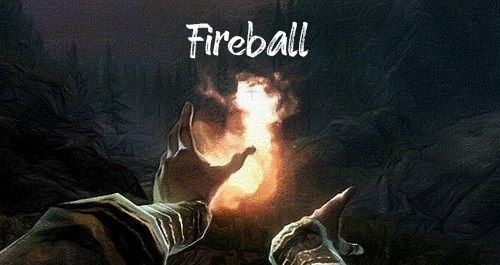 It gives 40 points of damage in a 15 foot radius, and produces additional damage to the targets. But be careful with it as it can hit your followers as well.

It can be very useful when fighting undead: If you have the Necromage perk, then a dual-casted Fireball will simply wreck your enemies.

Once you get level 40 in Destruction, you can buy this spell, or find the spell tome in Bleak Falls Barrow. 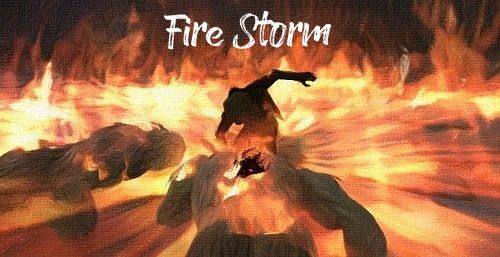 It’s a master level spell, which gives 100 points of damage to the targets near you.

You need both hands to cast it; it’s quite slow, situational and is more suitable for the bunch of enemies that are near you.

And yet, with the said Necromage perk the damage output against undead can be almost doubled with both Fireball and Fire storm.

Fire Storm will be available to you upon reaching level 100 and completing the “Destruction Ritual Spell” quest. 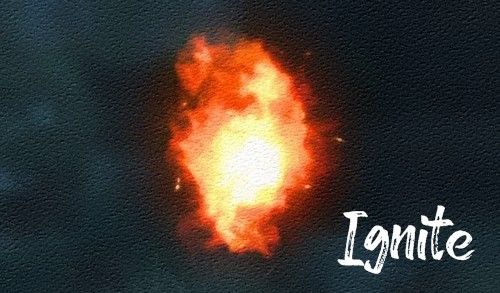 While it’s an apprentice level spell, which defaults at 4 DPS (damage per second), you can raise it up to 31 DPS, if combine it with Aspect of Terror and Augmented Flames.

Adding Ahzidal mask and a high end custom Destruction potion will bring Ignite spell to over 100 DPS, and up to 225 with dual casting.

And since it stacks upon itself, you can get up to 1000 DPS with a few consecutive casts. And it is not the limit yet! And Ignite is the most mana efficient spell in Skyrim.

It can be further scaled up to 13,000 damage per 15 seconds! To achieve that amount of power, you need to get the Ahzidal’s Ring of Arcana (which comes with either Dragonborn DLC or Skyrim Special Edition). So, basically, it can be called the best fire spell in Skyrim!

Watch this video to learn how get the Ring and make the Ignite spell produce 13,000 damage:

Shoots a blast of fire at your enemy, making 60 points of fire damage, but you need level 75 in Destruction to get it from Faralda or Enthir at the College of Winterhold.

Combined with Intense Flames x2, 100% spell reduction and the Dual Cast knockback perk, will drive your almost through everywhere and everything. 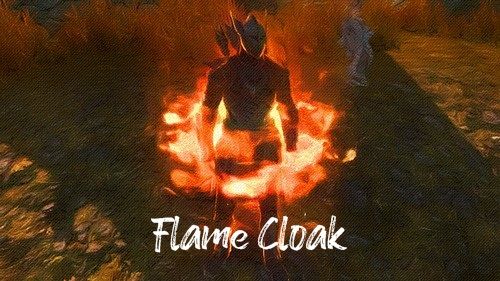 The spell produces a wall of fire that surrounds you for 60 seconds, and gives 8 points of fire damage per second every enemy in range, without hurting the followers or NPCs.

You can get Flame Cloak from Faralda at the College of Winterhold or from a Court Wizard once you are level 40 in Destruction.

While it does not stack, and you won’t get the same range if dual cast it, yet, it can produce up to 75-80 DPS, which is not bad either.

Generally speaking, fire magic can be considered the most useful among the destruction spells, due to its taper damage. Adding Aspect of Terror brings +10 more damage to your fire spells. 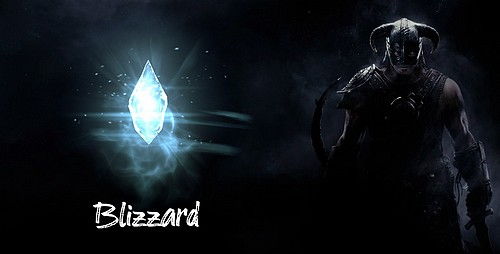 It’s a master level spell, which lasts for 10 seconds and makes 20 points of frost damage.

It can do quite a lot of damage at the maximum level, and the less Frost Resistance you have, the more powerful it becomes. So, having Weakness to both Magic and Frost combined with the use of a Destruction potion turns Blizzard into a lethal spell.

It has some cons though:

– Enemies may have Frost resistance;

– You are quite vulnerable, having the Weakness to Frost and Magic;

– It can hurt your followers and even yourself.

You will be able to buy this spell from Faralda once you reach level 100 and complete the “Destruction Ritual Spell” quest (you can actually approach Faralda for the quest at the level 90).

Probably not everyone would agree about placing Chain Lightning among the best destruction spells in Skyrim, yet it is a fun spell, with good range and speed, and there are not so many enemies with the shock magic resistance.

The fun part is when the spell chains through the enemies in proximity, helping you keep them under control. It is especially good for the large groups of low level enemies.

To get hundreds of damage per shot, combine dual casting, Augmented Shock, a destruction potion and Zahkriisos mask.

You can purchase Chain Lightning from Faralda or find it in some chest.

Shock magic is versatile, and works pretty well against mages since it drains their mana along with giving damage.

What is The Most Useful Destruction Magic?

That may come as a natural question: is there one magic or energy type that fits all in Skyrim? It can be tempting to simply invest into a single element, like Fire, for example, or it won’t be equally effective against various types of enemies?

The answer is that there is no single elemental skill, which is all in all useful. Electricity strikes instantly, without the need of targeting, and is quite good when dealing with mages; Ice is effective against giants and fire based dragons; Fire works well against undead and trolls.

So ultimately, you will need to develop all the elements to become an effective offensive mage. Also, consider getting the stun perk and a dual casting perk.

If you play as a mage, you need to manage your magika wisely. Get it to around 300, and then develop magika regeneration, which is more efficient than just having lots of it without the ability to restore it fast.