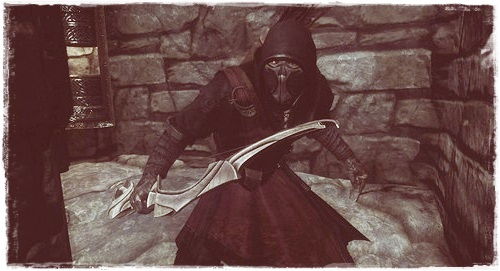 For a stealth archer you can have different options for armor. You can actually even play Unarmored – here is how:

If you want to go for the best light armor for stealth archer, here is what you can have: 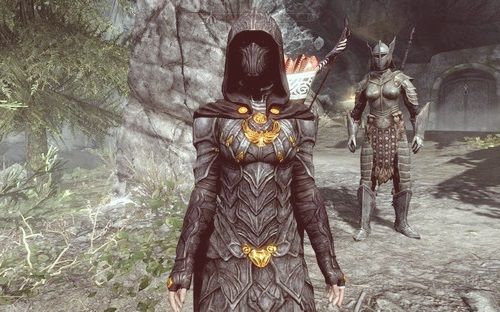 Other Options for the Best Armor for Sneak Archer:

Dragonscale armor is a good choice if you max out Smithing and Enchanting.

Ancient Shrouded Armor has +35% bow damage and muffled movement, and it looks cool too. The same is for the regular Dark Brotherhood set, and you can get the latter if you join the Dark Brotherhood (which can be done fairly early in the game). You can wear it until you are able to craft your own armor set and enchant it the way you like.

While the Nightingale armor is a good choice, it does not buff archery skill/damage, and it is not available until you have a bit of a progress in the Thieves guild questline.

Actually, with the maxed out Smithing you can get a Dragonscale set, and with the maxed out Enchanting there is a Dual Enchanting available. With that you can enchant Archery on the helmet, bracers, necklace and ring, which can be useful with one handed weapons that are quite suitable for a stealth archer build.

Muffle the boots, and with the investment into the light armor and the sneak skills you can make yourself hard to detect even if your character wears Dragonscale armor. 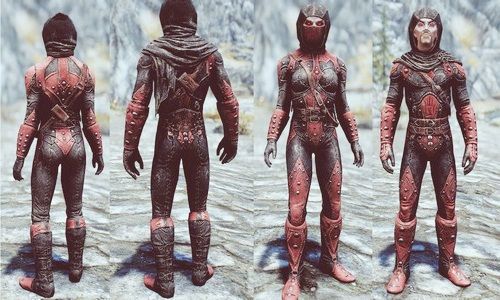 Basically it’s the same as for the stealth archer. The best option here will be the Dark Brotherhood armor, which is great for sneak attack damage. With this set and some good investments into Sneak skill, you can deal 30x damage with daggers.

To get it, you will need to join the Dark Brotherhood. And you can also join the Thieves Guild, since it has a shrine to Nocturnal (once you complete their quest line). The shrine gives a blessing of +10 sneak. The guild also has master trainers for thievery skills. 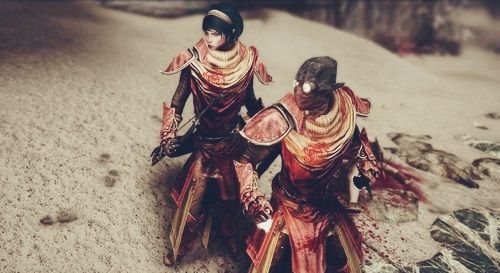 You can go for a full set of Morag Tong armor but without the gloves – you can get the shrouded gloves for a cool look and a generally better alternative. But again, with the proper enchantments you can have a full set of shrouded or even nightingale armor.

The examples of such enchantments can be:

A custom enchanted armor set is ultimately the best for an archer.

So, generally speaking the best armor for archer will be either the Dark Brotherhood or Nightingale; alternatively one may try Dragonscale or Morag Tong armor.