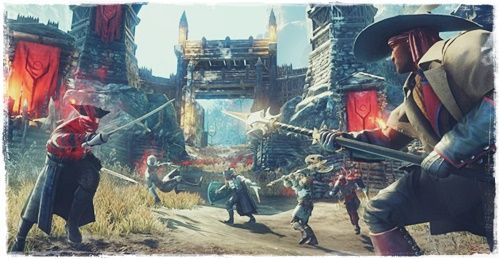 You can actually disable the PvP feature in New World, if you don’t want to play with other players.

Is PvP optional in New World?

It is completely up to you whether or not to participate in PvP. You can disable this feature if you do not wish to compete against other players.

You can turn on the PvP option only after completing several quests in the game. You will then be able to play against real opponents.

Upon reaching level 10, you are given the option to choose a faction at the First Light Settlement. You can choose between three factions, and the faction you choose affects your PvP opponents. You can enable PvP once you choose your faction.

How do I enable PVP?

To enable PVP in New World, simply press U while in-game; however, you must be in a Sanctuary to do so. Once players have reached the point where they are directed to choose a faction at the settlement of First Light, then they are ready to play PVP.

How to avoid PvP in New World

Press the U key in a Sanctuary to disable PvP. You can always reactivate it if you want to play with other players.

When you enable PvP, players from other factions can attack you at any time. If you’re in the middle of an important mission, you can lose a lot of progress.

As part of PvP action, you can get perks and advantages such as tax reductions for your properties if you defeat other players.

Can you be factionless in New World?

You cannot be factionless in New World. So, the game will prompt you to choose a faction once you complete a series of quests and reach Level 10.

Despite its beginner-friendly nature, the game lacks quests and PvE. The PvP, however, is quite entertaining.

As a solo player, you can take on other players or even groups if you are strong enough, but large-scale PvP battles are always a large group activity, so without a group you cannot really participate in them.

Do you lose gear in New World?

When you die in the game, you’ll keep all of the items in your inventory. Your equipment, however, will lose value and durability as you die.

When can you do PvP?

If you’re itching to fight other players, you’ll need to sign up as early as possible with one of three factions.

Can you solo dungeons in New World?

No, the game cannot be played entirely alone. In order to be able to participate in the main quest and the side quests, you might need allies and teammates.

What does flagging for PVP do in New World?

The PvP flag shows whether or not you can engage in PvP combat with a player from different Factions. When a player who has been marked for PvP is killed by another player, their equipment (both equipped and in their backpack) gets 50% less durability damage.