Bandit camps in Dying Light 2 contain large populations of hostile thugs, and clearing one of these camps rewards you with two achievements – “Burning Flag” and “Ban Hammer“. Gold weapons, which are some of the most useful rewards in the game, can also be found there.

The game contains 4 such areas, which can be visited even after the game has ended, but it is possible to visit them even before that. When you visit such a camp, your goal will be to find and defeat special enemies – lieutenants. After clearing it up you will be able to make the camp a safe zone, using a special lever that will put the peace flag over the camp.

During the main campaign’s 7th quest – “The Raid“, which is a way to learn how to clear bandit camps – the very first camp can also be cleared. All the rest of the camps will be available for clearing once you have finished the tenth quest of the campaign, “A Place to Call Home“. Next, let’s see where all the camps can be found.

Where to find bandit camps in Dying Light 2 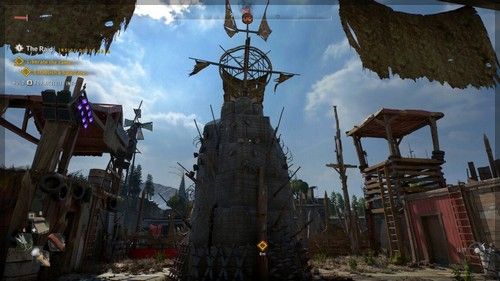 You will come across this camp during the quest of the main storyline of the game, so you are unlikely to miss it. 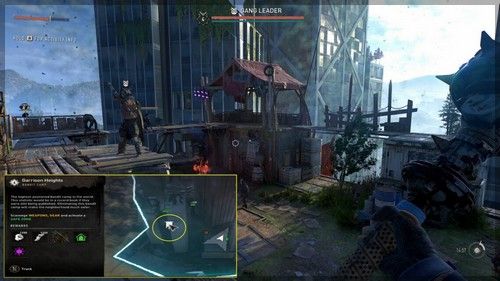 What you can get for clearing it up: a unique, third level two-handed axe.

Look around the area from a higher position. The quest pointer will indicate the location of the camp. Be careful – there are several dangerous enemies there.

The area is Harrison Boulevard. 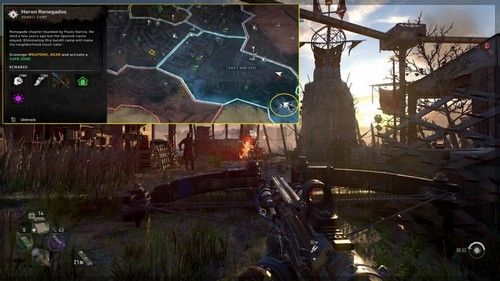 What you can get for clearing it up: an antique fourth level two-handed hammer.

You must use ropes to access the roof of the skyscraper to get to the camp. Follow the ropes up to the tallest structure and fight the enemies.

The area is Lower Dam Air. 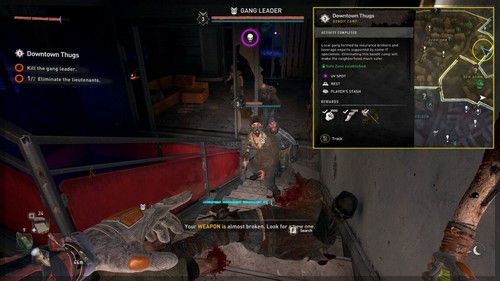 What you can get for clearing it up: an antique two-handed mace of level six.

Make your way across the suspension bridges in order to reach the enemy camp. This is the hardest bandit camp in the game, so you should get well prepared before you go there.

You will get the “Ban Hammer” achievement for completing all bandit camps.