The sword and shield are technically one-handed melee weapons, since you can only actually use the sword part with one hand, even though they’re always paired together. Despite not quite being as spectacular as the Hatchet, this duo’s tankiness allows you to deal good damage while being protected, and without sacrificing attack speed too much. When you wield this combo, your opponents in PvP may know how to deal with it, but your opponents in PvE will struggle to defeat you.

In PvE, certain weapons work better than others. Magical weapons, for example, aren’t quite as useful against wild boars as they are against other players, and aren’t even worth draining your mana for. In the meantime, an AI opponent can be taken out with a well-placed ranged shot, which gives you more time to reload than you would get from a human opponent. The Hatchet and the Great Axe remain the most powerful weapons in New World, regardless of situation.

I leveled with the 2H Axe/Mace. They are excellent, but punishing if you miss. Some mobs will jump all over the place when you have a 3 second build up, they’ll dodge it. So try a 1H first.

Later in the game, even the Life Staff builds are great. It’s just rough to target sometimes. Bow/gun in secondary and hatchet/rapier in primary is an excellent setup. You can snipe and they are already dead or almost dead by the time they reach you.

It takes more skill to use Fire Staff efficiently, but some people have leveled 100% as both Life Staff and Fire Staff and both did well.

You should be aware that weapon skills under ten points are not complete enough to give you a good idea of how well they can or are doing. If you are playing with a friend or group, level up all the skills that you THINK you want and give them a try. Some people will love some and not others, and all have their pros and cons.

These are some of the best solo builds in New World 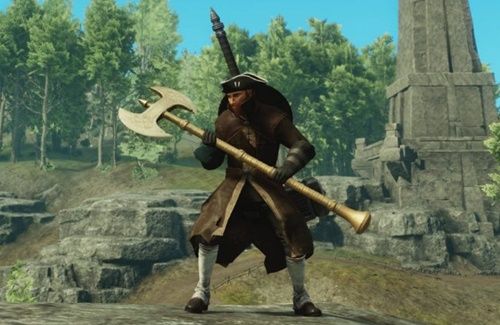 The Great Axe and Hatchet – Your build should be tanky, with a mix of heavy, medium, and light armor, having roughly a 3:1 Strength and Constitution split. You’ll stay alive with the Hatchet, while the CC and damage of the Great Axe will allow you to solo many difficult enemies.

Life Staff + any other weapon – There’s a bit of controversy in the community about whether leveling with a Life Staff is easy or hard, but if you’re playing on your own, you’ll appreciate the sustainability of the Life Staff. Amber gem your weapon in the Focus build (this might still be buggy at the time of writing.) Hatchets, great axes, and all other melee weapons with CC or sustain are good choices. 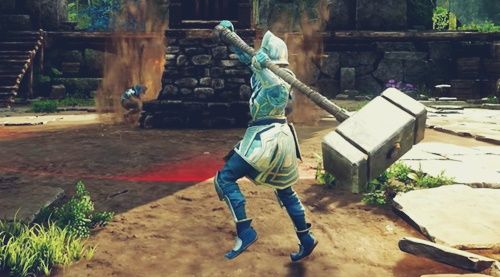 You can get CC and life steal from axe and hammer.

If you combine Hatchet or Great Axe with Life Staff, you’ll reach maximum Focus. Later on, a gem can be added to make your hatchet or great axe work off of focus rather than dexterity or strength.

PvE combos such as hatchet and musket or rapier and musket are also popular.

The combination of sword and shield along with musket and heavy armor will be hard to kill, have both close combat and ranged attacks, and be easy to survive with.

When heavy attacking with Great Axe / Life Staff, I have a gem that converts 20% of focus. It hits hard and the grit passive + heavy armor prevents staggers. Then you just do instant aoe heals to keep going. And it’s good for pretty much all content. You can be a healer. You can PVP well. And you can solo content well.

In both PVE and PVP, hatchet and great axe are likely to be the two strongest weapons.

What is the best DPS weapon in New World? 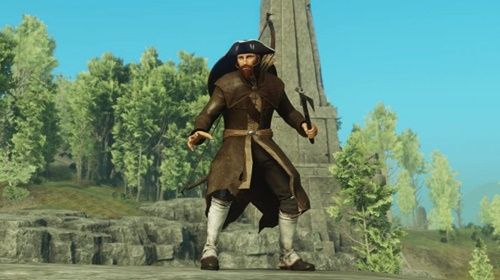 Hatchet is the best tank weapon in New World, but Life Staff is the only healing weapon, so it can be used with any tank or DPS weapon.

What weapon does the most damage New World?

With the Fire Staff, you can easily burn your enemies to a crisp using a combination of long-range and close-range attacks.

Do you need a shield in New World?

Sword and Shield are necessary for tanking, since you actually cannot tank without a shield – you will need to use it to parry enemy attacks and avoid taking in too much damage.

While hatchets are a one-handed weapon, many players think they could be excellent dual wield weapons. Unfortunately, you cannot dual-wield with it or use a shield at the same time.