Generally speaking, Cicero, Frea, Mjoll and Serana are the essential followers with good stats to offer, but Frea and Serana will require DLC. But ultimately, the choice of the best companion will depend on your play style, and your personal preferences, of course. 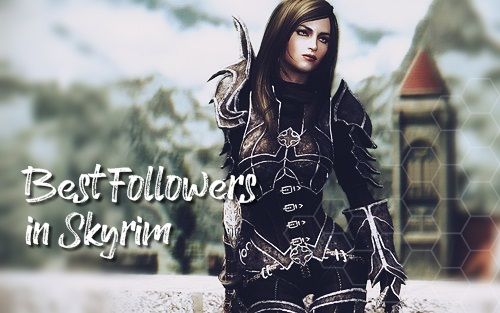 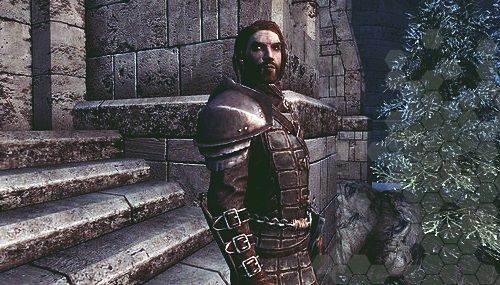 He is Breton with magic resistance; a great warrior-type companion with indefinite leveling and armor perks, who does 1.5 extra damage, and liberally uses high quality bows. By the way, there is the Bound Bow Guide for you. 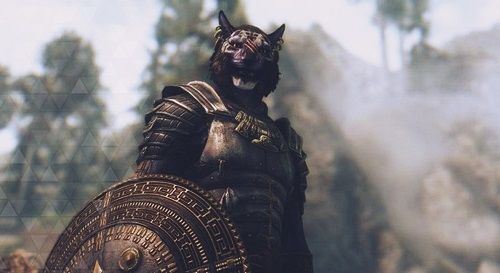 Inigo is a fully voiced khajiit follower with a fun but short quest. He talks about the places you visit, nicely blends into the vanilla game, has great voice acting, and is very customizable. But you can get him only through a mod. 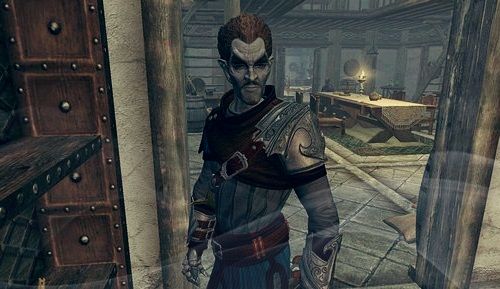 A miner from Ahzidal’s quest, who has the most destructive melee abilities in the game.

He dual wields anything you give him, has dual flurry (for fast attack) and Extra damage 2 perks, which doubles his overall damage.

He has some magic perks but no spells, but they say he can use the two spells from Ahzidal’s ring when equipped. By the way, this ring is quite useful, because with it you can bring the Ignite spell up to 13000 damage! Find out more in the post about the best destruction spells in Skyrim. 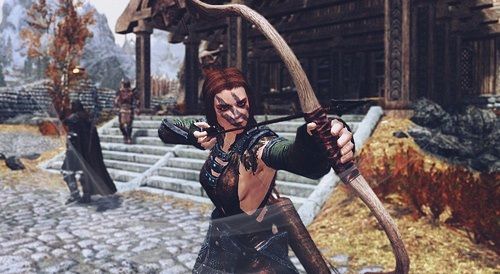 She is strong and good looking, a well-balanced character, who can give you her blood to make you a werewolf.

Aela offers a great support with the ranged attacks, as well as in a melee combat due to the decent skill with one-handed weapons. Her max level is 50, but the sneak skill can reach up to 97, turning her into an efficient stealthy archer. And while having her around, you can get the on-the-go archery training. 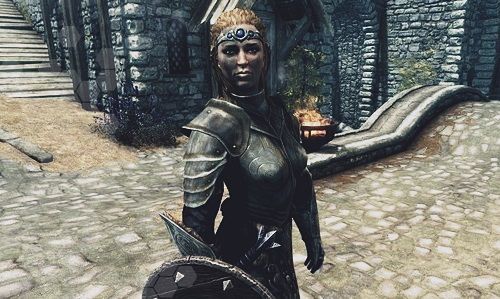 A versatile companion, who handles both one-handed and two-handed weapons, and can even use staves. She has high health and attack, and lots of space in the inventory.

Mjoll is a tank character with level cap 40, who can effectively distract enemies, giving Dragonborn some room for action. Give her some nice two-handed sword and a good heavy armor, and she will take on everyone in the vicinity.

She goes straight into the battle, taking all the damage for you; give her good enchanted weapons and armor, and she becomes unstoppable. You can get Mjoll as a follower at the level 14 or 16.

She will fill your ears with interesting stories, and can become one of the best wives in Skyrim as well. 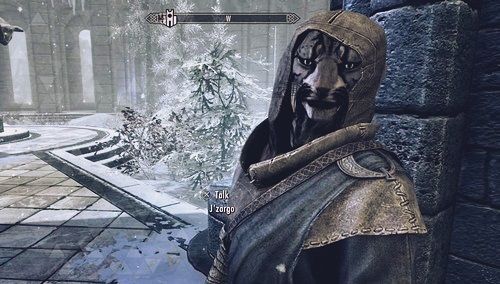 He is one of the two khajiit’s in Skyrim, and being a mage, he’s very strong in destruction. You can give him some heavy armor, and he’ll become one of the strongest followers in the game – especially useful if you stuck on a quest.

Some people do not recommend taking him due to the lowest spell levels among all the mage followers. Yet, there is a workaround: just give him very high staffs, and he will make double fireball blasters; another benefit from it is that he will keep the distance in a battle, without rushing into the front line.

His One-Handed and Heavy Armor skills max out around level 50, turning him into a strong battle mage. 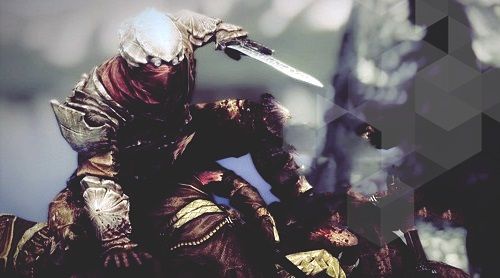 He is one of the best spellsword-type characters, and is highly skilled in destruction, light armor and one-handed weapon (where he has a few ranks of Armsman, so his one-handed damage is much greater than most).

He can cast firebolt from afar and can conjure a flame atronarch to aid in the battle (actually it is the first thing he does in the combat). When the enemies get closer, he whacks them with an ebony sword. He keeps his distance, stays out of your way, and has level cap 60.

It’s interesting that his chitin armor, as he says, was especially made for him by Grendis Rolovo, one of the best armor smiths in Morrowind.

You can hire him for 500 gold at The Retching Netch, in Raven Rock. 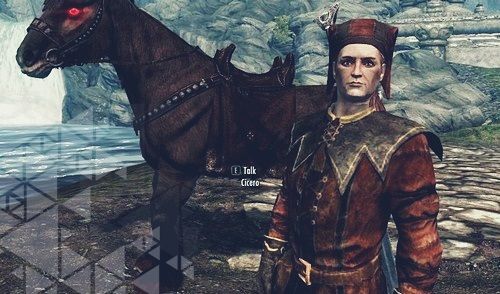 He is an assassin with level cap 50, and his best skills are stabbing and sneaking, so he won’t set off every trap on your way.

To get him as a follower, you need to join the Dark Brotherhood and complete their whole questline.

By the way, Dark Brotherhood Initiates have the same stats as Cicero, and can level up indefinitely, but they don’t shoot arrows. 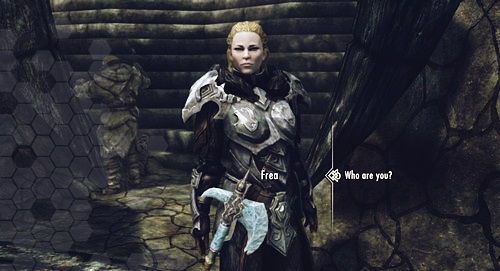 She cast restoration and alteration spells, wears heavy armor, won’t trigger the traps on her way, and has no level cap. She is rare dual wielder, but lacks the useful ranged attack skills, such as archery or destruction.

So, Frea is almost the best follower in Skyrim, with the exception of the fact, that you need the Dragonborn DLC for her. And until you complete the Dragonborn main quest, she won’t be able to become your permanent follower, which means you will get her only when you reach level 20 or so (this is where you can realistically finish the main quest).

Well, actually, you can finish the first two quests in the main quest line (Dragonborn and Temple of Miraak), and before proceeding to the Path of Knowledge (which is the next quest), talk to her, pass a speech check, and this way you can get her as a follower. Then you can return to the main quest (if you want to).

Note: when you make Frea follow you before completing the Dragonborn quest, she may leave you after Nchardak – this is a bug in the game, and to avoid this, you need to dismiss her at the end of Nchardak, but before you read the Black Book. Then, once you come back from Apocrypha, take her again.

Another point to mention is that Frea does not want to change her default amulet for most amulets you give her. 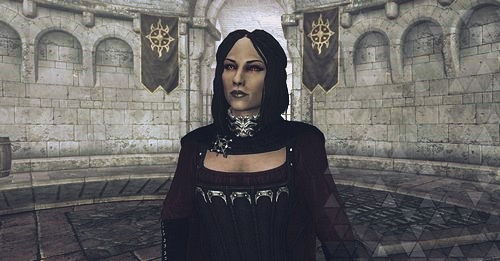 Her level cap is 50, and she’s good at sneak, conjuration and destruction. She constantly learns new spells, has a good starting gear, deals with the enemies from a distance, and can bring to life the last one she just killed. She is probably the best mage-type follower, and being essential, cannot be killed.

The problem is that she doesn’t put much thought into what she resurrects, so expect some useless ally in fighting your dragon.

The interesting thing is that Serana is the only character in Skyrim, who uses all the animation activators: she prays with the priests, mines in the mines, smiths at the forges, etc, which is quite cool and fun. You can achieve the same for other followers using the AFT mod (Amazing Follower Tweaks).

She can bite you turning into a vampire lord; and make your arrows stronger, if you play as an archer.

You will find Serana in the Fort Dawnguard, but the Dawnguard DLC is required. And be aware that she will probably start leaving too many ash piles behind, in case you prefer to keep your Skyrim clean. 🙂

The followers with no level cap are Frea, J’zargo, Celann, Ingjard and Durak, so they will have the same level you are. J’zargo is the only companion with no level cap you can have without installing any DLC, but since he is not an essential character, he can die during a battle.

If you play on PC, and lost your follower, use this console command to retrieve him or her: prid 0001C1A2 moveto player (Use the character’s RefID in it, not BaseID). But just in case, keep in mind that it may sometimes remove everything you made him carry from his inventory.

Well, of course, this list of Skyrim best followers is not all inclusive, and there are other good characters you are encouraged to try; but if you are just starting out and want someone reliable, this list is to help you.

Do enchantments work on followers? 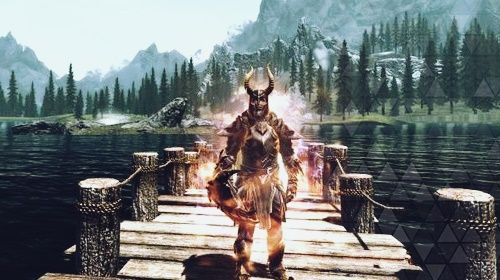 Before you even think about enchanting the follower’s armor, please, check this list of the enchantment effects that work on followers.

Now, this simple solution is probably Fortify Health and Resist Magic. If you have a mage follower, Magicka Regeneration can be handy, and Fortify Stamina as well. Fortify Health Regeneration only works during recovery phase, when your companion is out of combat.

Muffled can be also good if you want your follower to be less detectable.

If you have dual enchanting, you can do this:

Head armor: you can use Magicka Regen, or give your companion some nice protection with magic abilities, such as Helm of Ingol, Rahgot, Otar, Ancient Helm of the Unburned, or any other helmet that provides health or stamina regeneration, or have some kind of resistance.

Body: if your follower is of a warrior type, you can improve their armor skill, if needed, or you can invest in health or stamina.

Gloves and Jewelry: normally it can be Magicka Regen or Resistance, Health or just some relevant armor skill.

Boots: you can use dual resistance here, like fire and shock, but the choice is up to you. (source)

What about carry weight?

If you ask your follower to pick up anything instead of trading, they will have almost no weight limit – you can use it to your advantage when visiting some loot heavy areas like Dwemer ruins.

Can a companion use an enchanted item?

Yes, followers can use enchanted items, and some items fit better to a particular follower. For example, for Farkus, heavy armor is better rather than light. But keep in mind the list linked to above. 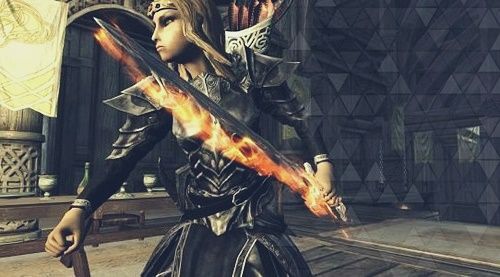 Followers can use enchanted weapons; if your follower has a weapon with soul trap, they can fill the soul gems if they have them. But the weapon itself has to be manually recharged by you.

But if you give your follower a bow, give them only one arrow, as they seem to have unlimited arrows somehow.

On reddit one user mentioned that they gave their follower Auriel’s Shield and she was able to Fus Ro Bash people.

Keep in mind, that 100% cost reduction won’t work on your follower.

By the way, there is an easy way to fill your soul gems: give your follower with a soul trap weapon, a stack of soul gems (more than 8), and when they kill something, your whole stack will be filled. It’s best to give them a bow or a melee weapon for this purpose.

Your companions can benefit from using the enchanted weapons, for example, if you give them a sword with health absorb, it will absorb 5 points of health for them (as in the case with Aela, for example). (source)